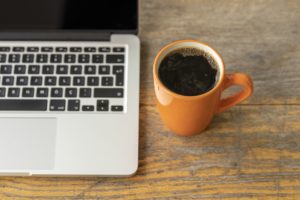 The Test de Connaissance du Français (TCF)  is a level exam in French as a foreign language designed and issued by France Education International (also called the CIEP, the Centre international d’études pédagogiques), and accredited by the French Ministry of Education. It allows non-French natives to evaluate and have their level of proficiency certified for professional, academic or personal reasons in a simple and quick way.

It works like a photographic snapshot of an individual’s language skills at a given time in his or her life and is valid for 2 years.

In general, the TCF grades and ranks candidates at one of the six levels (A1, A2, B1, B2, C1 or C2) on a scale defined by the Council of Europe (Common European Framework of Reference for Languages). Therefore, the TCF is impossible to fail. It’s possible to sit the TCF several times (with a thirty day-gap between each exam).

What is the difference between the TCF and the DELF/DALF?

These two evaluation tools are recognised by the National Ministry for Education and must not be confused.
The DELF and DALF lead to diplomas awarded by the State. These diplomas today account for almost 500,000 registrations per year in 170 countries.
The TCF is of a different nature. It does not lead to a diploma, but to a certificate of grading. This involves a simple and immediate validation. This test works as a snapshot of an individual’s linguistic skills at that moment in their life. As such, the TCF certification is only valid for two years, while the DELF and DALF are lifelong diplomas.

There are also specialized TCF exams:

For university entrance, for work, etc.

The duration of the test varies according to the number of tests chosen.

For people who wish to acquire French nationality by naturalization or marriage. The Ministry of the Interior requires a minimum written and oral level of B1 (intermediate).

The French authorities also recognise the following certificates and diplomas at a minimum level of B1:

For any person, whatever their nationality and language of origin (including French and people from French-speaking countries), who wishes to apply for permanent economic immigration or to obtain Canadian citizenship from Immigration, Refugees and Citizenship Canada (IRCC).

There are no exemptions for TCF Canada.

The test consists of four tests: a listening test, a reading test, a speaking test and a writing test.

For any person, regardless of nationality and language of origin, wishing to initiate permanent immigration procedures with the Quebec Ministry of Immigration, Diversity and Inclusion.

The length of the test varies depending on the number of tests chosen.

My time/ Your time

Learn How To Teach Online

This website uses cookies to improve your experience while you navigate through the website. Out of these, the cookies that are categorized as necessary are stored on your browser as they are essential for the working of basic functionalities of the website. We also use third-party cookies that help us analyze and understand how you use this website. These cookies will be stored in your browser only with your consent. You also have the option to opt-out of these cookies. But opting out of some of these cookies may affect your browsing experience.
Necessary Always Enabled
Necessary cookies are absolutely essential for the website to function properly. These cookies ensure basic functionalities and security features of the website, anonymously.
Functional
Functional cookies help to perform certain functionalities like sharing the content of the website on social media platforms, collect feedbacks, and other third-party features.
Performance
Performance cookies are used to understand and analyze the key performance indexes of the website which helps in delivering a better user experience for the visitors.
Analytics
Analytical cookies are used to understand how visitors interact with the website. These cookies help provide information on metrics the number of visitors, bounce rate, traffic source, etc.
Advertisement
Advertisement cookies are used to provide visitors with relevant ads and marketing campaigns. These cookies track visitors across websites and collect information to provide customized ads.
Others
Other uncategorized cookies are those that are being analyzed and have not been classified into a category as yet.
SAVE & ACCEPT